He claims, “Defendant Spears was mentally unstable, and personally obnoxious and demanding, requiring her staff on various occasions and for no rationally discernible reasons to address her as “Jennifer” or “Queen Bee,” on other occasions, Defendant Spears would cut her hair in an erratic fashion, leaving uneven and bald spots on her head.”

Spears had obnoxious personal habits, such as chain smoking cigarettes, which made her smell continually of stale tobacco,” he wrote in his court document.

“She broke wind or picked her nose unselfconsciously and unapologetically before Plaintiff (Flores) and others and she was constantly and gratuitously loud and profane in her speech.

She did not bathe for days on end, did not use deodorant, did not brush her teeth, did not fix her hair, did not wear shoes or socks.”
(von hier) 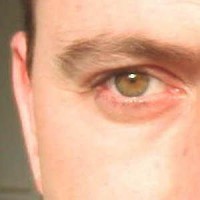